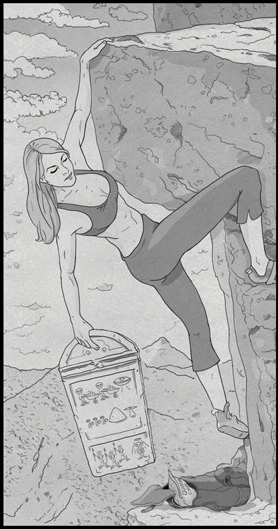 A stunning revelation may hold the answer as to why the ancient Incas suddenly abandoned Machu Picchu hundreds of years ago. World-renowned rock climber Amy Smith made the startling discovery of a hidden tablet describing the event at the famous site. The engravings revealed aliens loading the sacred quinoa seeds into their spaceships. Said Smith, “Personally, I eat quinoa every day; it is a delicious plant-based source of protein and great for an active lifestyle.” Later, Peruvian authorities arrested her for trespassing and stuffing her backpack with the super grain. It is rumored she was released after giving up her quinoa chip recipes. She now has plans to release a cookbook titled “Quinoa for the Cosmos.” 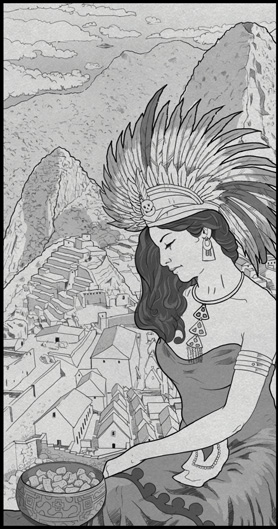 Archaeologists discovered an ancient scroll in caves close to Machu Picchu’s historical site. Translators reveal the scroll contains an edict issued by Queen Myah Maria to her people urging them to eat quinoa, not cows. The order came after a herd of cows saved the Queen from certain death on Lake Titicaca. On that fateful day, she set out for a leisurely pleasure cruise when her boat began to take on water. Luckily, a herd of grazing cattle happened to be crossing the lake for greener pastures. The queen was able to hitch a ride safely to shore on their bovine backs. She then declared the cow a sacred animal and offered gold to farmers who planted more quinoa. Later a second scroll was found depicting the queen taking swimming lessons and bull riding.