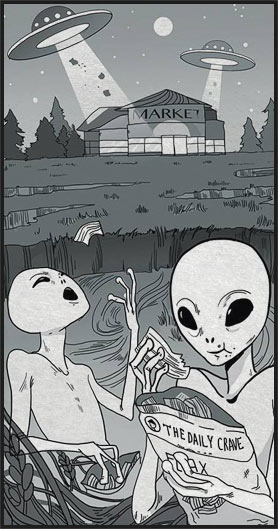 Local grocery and natural foods stores are reporting missing snack displays in and around Northern California! Although the authorities have not been able to link these disappearances to any particular individuals, the timing has baffled the neighbors. “Reports of numerous Crop Circles and UFOs have concerned the authorities” and Jared Edy! UFO enthusiasts have contributed the sightings to a search by E.T. for Ancient Grains and legumes due to their nutritional benefits. Later reports have found Lentil Chip pieces with unusual jagged teeth marks leading to the same fields… 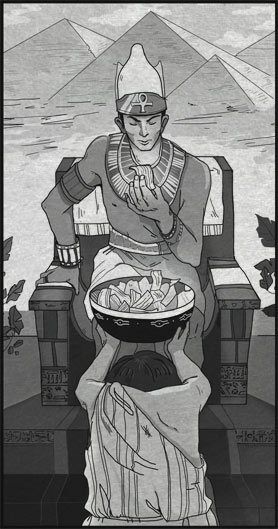 In a recent archaeological expedition, renowned professor Saj Khan unearthed a passageway that led to the discovery of an unknown pharaoh’s tomb. He was startled to see that carved on the walls was an offering of what looks to be a bowl of chips to the king. “This was the first time we have seen snacks and immortality depicted together” said Khan! Later he found evidence of lentils and more chips hidden in and around the servant’s quarters. It appears that lentil chips were not only being enjoyed just by royalty, so go ahead and “snack like an Egyptian!”